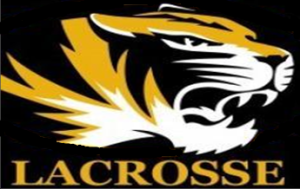 AMES, IA-The University of Missouri men’s lacrosse team lost 11-5 to No. 25 Minnesota and defeated Iowa State 14-8 on the program’s final road trip of the regular season. Following the games, the Tigers are 5-9 (1-1) on the season.

Missouri played perhaps its best game of the season against No. 25 Minnesota, the third MCLA Top 25 team the squad faced so far this season.

Coming in heavily favored against the Tigers, Mizzou held the Golden Gophers to 11 points and a six-point margin of victory, one of Minnesota’s lowest on the season.

In the team’s second game of the weekend, Missouri handled Iowa State, defeating the program by six goals. The win is the largest margin of victory for the Tigers over the Cyclones in three years, with Mizzou winning the past two games by one goal each.

The Tigers were led on offense by its captains as Grant Pieper (Plano, TX, Plano Senior) and Kevin Boyle (Wellesley, MA, Wellesley) scored five goals each, while Pieper added an assist for a six-point total.

On defense senior Matt Yacovino (St. Louis, Desmet Jesuit) anchored the squad with an incredible 12 ground ball performance, while holding his opponents throughout the match.

The Tigers will be back at Stankowski next week for the team’s final home weekend of the regular season.

On Friday April 22nd Missouri will play Iowa and on Sunday April 24th the Tigers will square off against Nebraska on the team’s senior day.

Mizzou will need to win one of its final two games against Iowa and Nebraska for a berth and wins in both games for the second-seed in the GRLC West.

Please visit the Mizzou’s MCLA page at mcla.us/team/missouri for Nebraska and Iowa game times and make sure to follow @MizzouLacrosse on Twitter for all the latest information.