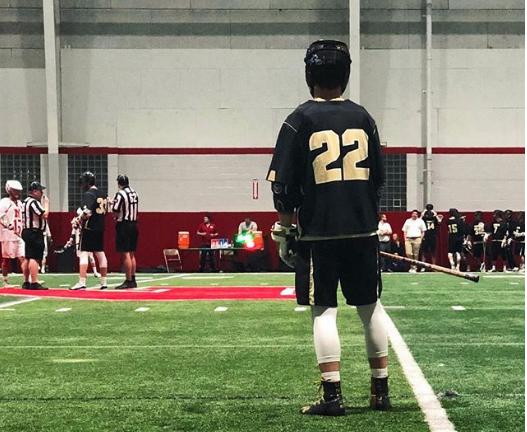 COLUMBIA, MO – The University of Missouri’s Men’s Lacrosse team continued their 2019 campaign this weekend with a trip up to UMLC West rival Nebraska. Mizzou stood at 1-0 entering the game after the big win last week against Kansas State while Nebraska came in at 0-2 with losses to Arkansas and a close one in OT to another divisional opponent, Iowa State.

Weather and field issues were once again the story of the week as the Tigers were only able to practice about half their originally scheduled time. That being said the Tigers made the best of it in preparing for a much more improved Nebraska team than they saw a year ago.

It’s always tough having to travel and then play right off the bus, but thus is the life of an MCLA student-athlete. The first quarter was a slow start for the Tigers as a result. A couple of unforced errors as well as over 5 minutes of penalties being assessed would make it tough for any team to find a rhythm. Despite that the Tigers still led 3-2 after the first. Mizzou finally found their rhythm in the 2nd quarter and held onto it for the rest of the game outscoring Nebraska 14-4 through the next 3 quarters for a final of 17-6.

Senior Attackman Noah Iversen once again put 6 goals in the net but also dropped 8 assist this time. 2018 1st Team All-Conference midfielder Nick Pisani had his first goals of the season putting 3 in while freshman midfielder Alex Sahli had his breakout game with 3 goals and 2 assist himself. Another dominating performance from the faceoff unit as Mizzou went 23/27 on the night(85%) with Sophomore Mike McDonough and Junior Collin Schott leading the way. A couple of freshman goalkeepers would hold the pipes for Mizzou throughout the game as Junior Connor Graves was out. Ian Jones would get the start between the pipes and Freshman Goalie Rocco Monachino would get the nod for the 2nd half; they combined to make 8 Saves on the night with 6 GA.

A couple late scratches left Mizzou with a short bench for the game but the Tigers start the season off 2-0 none the less. Mizzou comes back home for game 3 this Friday as they host in-state foe Missouri State at 6pm on Stankowski Field.