The Mizzou Men’s Lacrosse team has been on a roll winning 4 games in a row, all against conference opponents. It started with the University of Indiana on March 2nd. The tigers had only beaten the Hoosiers once in conference history back in 2011 so history was on the Hoosiers side, but this match up between the UMLC preseason #1 and #2 teams(and possible conference tournament championship preview) didn’t disappoint. The two battled back and forth the whole game, but Mizzou’s #9 defense in the country in goals against average stood strong at the end sealed the 6-5 victory for the Tigers.

After that, Mizzou went on to face 3 more conference foes with Nebraska, Illinois, and MSU-Mankato. The Tigers won each game by 10, 9, and 10. A total goal differential of 38-9 through the three. 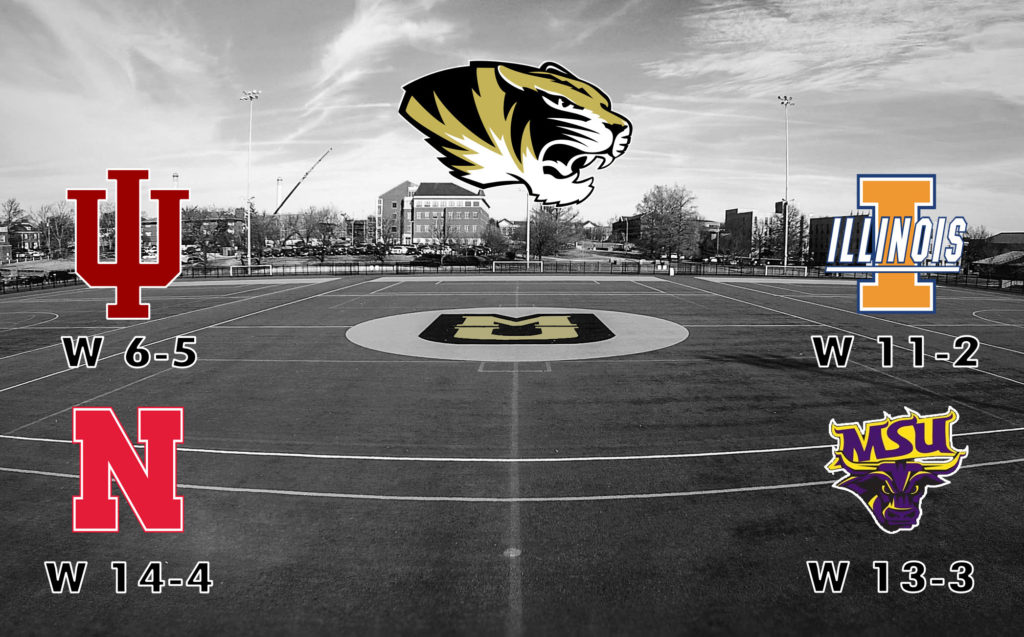 Mizzou stands at 5-3(4-0) with two of its toughest games of the season, putting its 13-game home win streak on the line that dates back to 2016, with the Minnessota Gophers and Oklahoma Sooners coming to town this weekend. Game times are Friday, March 16th at Stankowski Field at 7pm against Minnesota. Sunday, March 18th at 11am against Oklahoma.